In the spring of 2019, I graduated from Mount St. Mary's University with a Bachelor of Arts in English, as well as minors in both creative writing and history. My life was truly enriched by the people I met, the memories I made, and the knowledge I gained during those four years. I sought out this new life, 500 miles away from the inviting simplicity of the one I had known before, from the one where I was comfortable, yet complacent. This choice has set me on a continuous trajectory where I push myself to be more and to do more.

The most important skill I honed while in college was, much like many of my fellow students, nurtured in classrooms, study sessions, lectures, and presentations - but not in the way one might expect. While I certainly learned and developed as a result of my college education, it is my confidence - both in myself and in my writing ability - that flourished more than anything else. This confidence was harnessed in numerous ways during my time at Mount St. Mary’s University, and there are two specific outlets that I am most proud to have been involved with:

I was a staff writer for the university newspaper, “The Mountain Echo,” which has been in print since 1879. During my time as a writer for “The Echo,” I maintained an opinion column where I wrote about film, television, streaming services, and technology. This was chosen because of my intrinsic love of pop culture and entertainment, but also because I understood that my audience - an array of procrastination-prone teens and twenty-somethings - were likely to read about such topics. It is important to write well, but it is also important to write with intent. I am proud to be a part of over 140 years of journalistic tradition, and I was lucky enough to learn much more about the specifics of the newspaper industry.

I was also a contributor and staff editor for the university’s literary and arts magazine, "Lighted Corners," which is printed annually. "Lighted Corners" has won many awards for both individual and staff accomplishments, including numerous Columbia Scholastic Press Association awards. I was - and still am - humbled to have had three short stories, a poem, and a [photograph] published in multiple volumes of the magazine, and the skills I developed during my time as an editor for it are skills that still benefit me even now.

In my post-grad life, my love and knowledge of the English language afford me the unique opportunity to work as an English tutor for Tutor.com. This position is one I am lucky to have; it allows me to cover topics as vast and varied as the English language is. Every day brings new and eclectic challenges - like helping elementary school students with the fundamentals of grammar and vocabulary, aiding college students with argumentative research papers, guiding English as a Second Language (ESL) students toward a stronger understanding of writing and reading, and working with graduate school students to polish up their dissertations - but these challenges are ones I readily welcome. Additionally, because of the web-based services provided, I work with students from across the United States, as well as in multiple foreign countries.

Although I am the one guiding the students, I, too, am learning as a result of each session. This symbiotic relationship is something I find great solace in, and I am humbled to know that, despite my devotion to the English language, I am still capable of learning new things. I am very fortunate to have a job that provides me with daily opportunities for fulfillment and development.

While I have known since elementary school that I was destined to be a writer, my passion for the English language and its various forms, features, and functions was reinvigorated and reforged by my experiences as a college student. Through this self-sought and phoenixlike restoral, I have instilled within myself a fire that burns with the embers of creativity, which was ignited by the broadening of my horizons and the deepening of my understanding of the inherent power of written language.

I have come a long way from my lowly beginnings, from my first fascinations with poetry and prose, and I am both eager and excited to utilize my passion to make a difference in the world, one sentence, one word, one letter at a time. 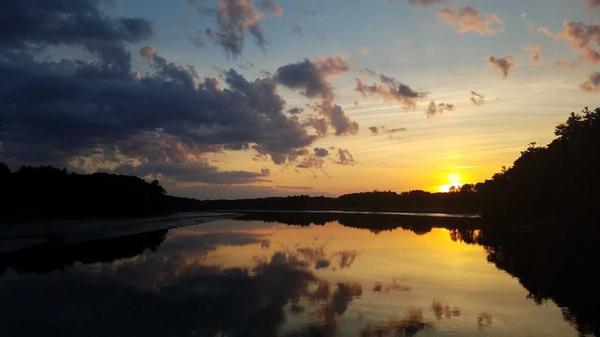 I took this photo in York, Maine one Sunday evening. It perfectly encapsulates the blissfulness of living near open water.
Close ✕